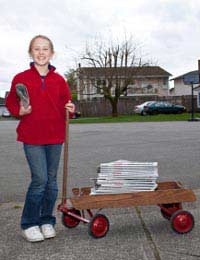 Students and young workers under the age of 18 do have different working regulations from older workers. These strict regulations have been set in place to guarantee protection from exploitation.

Why Are There Different Rules for Employees Under 18?

Health, safety and protection against exploitation from employers are the reasons for strict working regulations for younger workers. Many students under 18 and school leavers do take part-time and full-time work to bring in regular income. Many younger employees would also happily work longer hours for extra cash, even if it is detrimental to their health. These regulations mean that it is against the law for younger employees to work excessive hours, and the rules also ensure correct rates of pay.

The Minimum Working Age in the UK

In the UK the minimum working age is 13 years old. Anyone below 13 years cannot legally take employment. There are still restrictions on 13 year old employees such as light work being all that is generally acceptable at this age. This may include employment such as newspaper or milk rounds. At 14 years old the employment market does open up slightly but two hours per day during school days and weekends is the maximum. Children aged 14 years old still cannot work in employment situations such as factories or on building sites.

The Minimum Wage for Under 18 Year Olds

Younger workers are generally restricted from many types of employment due to lack of experience, health and safety and other legal reasons. There are a number of jobs open to younger workers, and commonly acceptable jobs will include:

It is important for younger workers to be protected by employment rights as they start out on their working lives. Employers who do not grant younger workers their full legal rights can face serious consequences. A full list of the rights of younger workers can be obtained from government offices such as job centres or from the HM Revenue and Customs office.

Wage Rights in the UK

The Legal Requirements of a Second Job

Avoiding Tax on Your Extra Income

Earn an Extra Income When Self-Employed