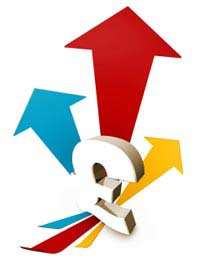 Income diversification is a concept usually applied in the world of investments. But this concept can be applied to anyone who is trying to create different sources of individual income.

What is the Income Diversification Concept?

Anyone who relies on one source of income can be in a precarious situation. It can only take a slight drop in income for financial difficulties to occur. The old saying is that most people are only two wages slips away from financial hardship. Having a diverse range of income sources means having a safety net if one income stream dries up. This is the reason many people will work a full time job and a part-time job in order to create a financial safety net.

What Are the Main Reasons for Having Diverse Income Streams?

Having a safety net is one of the major reasons. But paying off debts from separate income streams is a reason many people use income diversification. Debts can eat away into income over a number of years, and money can be thrown away on interest and fees. If the main source of income disappears then debts can be one of the most worrying prospects. Being able to pay off debts without eating into savings is a good position to be in. It can also mean that debts can be paid off quickly thanks to multiple income streams.

How Do You Create Diverse Streams of Income?

Anything that brings in extra income outside of a main form on income such as a full time job is another income stream. In the past, most people simply relied on one full-time job as their income stream. But the days of job security have gradually become a thing of the past. A second job or investments that bring in regular bonuses or dividends can be seen as multiple income streams. The trick is to have other sources of income on hand that can cushion the blow if the main income stream disappears.

What Are Easy Ways to Create Income Streams?

Finding different income streams can be the difficult part. The trick is to create sources of income that will not take up too much time and effort. Creating passive income streams is one of the best ways to bring in money for little effort. This can take the form of setting up a website and placing company advertisements that will create some income. Once the initial work has been done the creator simply has to sit back and wait on the money coming in. Any extra income from different sources, no matter how little, will be an extra income stream.

What Are the Downsides of Diverse Income Streams?

The old saying of too many fingers in the pie can be true of diverse income streams. If the extra income sources eat significantly into a person’s time or take a lot of effort then the compensation should reflect this. Passive income streams won’t take much time and effort and are the best method. Even if the actual passive income is low it is still extra money that can build up for very little effort. Even working one or two extra hours or days a week is implementing an extra stream of income.

What is the Best Way to Start Multiple Income Streams?

Look around at ways to bring extra money into the home. Look at online jobs and methods of passive income that can easily be slotted in during the week during spare time. Begin to weed out what does and doesn’t work when it comes to time and effort versus compensation. Remember to also look at ways to save money during a monthly budget. Trimming down on spending is just as good as bringing in extra income. Set up a monthly budget sheet to review and find out if the extra income streams are working and to see where changes can be made.

Are Savings Part of Income Diversification?

Savings are part of the financial safety net but are not strictly included as a separate income stream. If a person has diverse sources of income then savings should not be needed to cushion any financial difficulties. Anyone who dips into their savings is depleting their safety net and not adding to it. One of the goals of income diversification is to leave savings alone, and view the mounting interest as another stream of income. Diversifying income streams and reducing debt should be the best route to financial freedom