Extra Income for the Retired 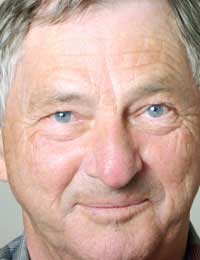 Just because you’ve retired doesn’t mean you’re no longer useful. You still have plenty to offer, and more time in which to do it. Many retirees are content to enjoy not having to work, taking advantage of the chance to relax and explore their leisure time, whilst others give some of their days to voluntary service. But there are also some people for whom the idea of retirement, of not working, is anathema.

In 2008 one in nine people over retirement age was still working. It might also be to keep a higher standard of living, or pay off that mortgage and other debts.

A lot of people thrive on work, and on remaining very busy. They’ve probably been productive all their lives, and need that. For them, and for others with the same desire, whether to keep busy or just to add to their pension, there’s absolutely no reason not to keep on working.

Taxes And Working After Retirement

Although employers can no longer discriminate on the grounds of age, if a company’s procedure is to have people retire at the age of 65, it can continue to refuse to employ anyone over that age. For those who are employed, or decide to find work, the national minimum wages does apply.

The tax position becomes a little more complicated for those over retirement age. You pay tax on your extra income at the usual rates if the income means you exceed for tax-free allowances (which are higher after retirement age).

You do also have the option to defer receiving your state pension. In return you can either choose a lump sum of the unpaid amount later or get a higher weekly payment, although, naturally, there are conditions attached – your Tax Office will be able to give you all the details.

Of course, the income you bring in after retirement age can also affect different benefits, such as pension credit, council tax benefit, and housing benefit. You’ll need to talk to the people at the Pension Centre to discover how it might affect you personally.

What Work Can You Do?

After retirement age you can do almost anything that you did before. Of course, there are some things you might not want to do, especially the more physical jobs, and, for the most part, retirees are happy to just work part-time as a way to supplement their pensions.

Retirees can bring experience and qualifications to a company, both of which are big pluses. However, on the downside, they’re often in competition against younger, more eager workers, especially in periods when unemployment is on the rise, and companies will often prefer the younger employee in spite of anti-discrimination laws.

On the other hand, some places value older workers. Some big chains regular employ the retired on a part-time basis because they bring customer service skills so often lacking in the young. There might be the possibility of job-sharing, for instance, or, for those who are Internet-savvy, telecommuting jobs that bring in extra income but avoid the stress of a commute or office politics.

For those who are self-employed, there’s no reason to stop working unless you want to do so. With sole traders it would mean closing or selling the business, which is something many don’t want to contemplate. Many find a strong part of their identity in working, and losing that is losing a big chunk of that identity. Age alone is no reason to stop working – and never has been.

Struggling on a Low Income

What to Do If Your Extra Income Stops